Congratulations to our MEDfOR student, SM Lovely Akhter defended her thesis "Effects of water stress on Alnus glutinosa populations across the species distribution range" very successful on the 12nd of December, at the University of Lisbon. The thesis was supervised by Dra. Patricia María Rodríguez González and Prof. Teresa Soares David from the Forest Research Center. 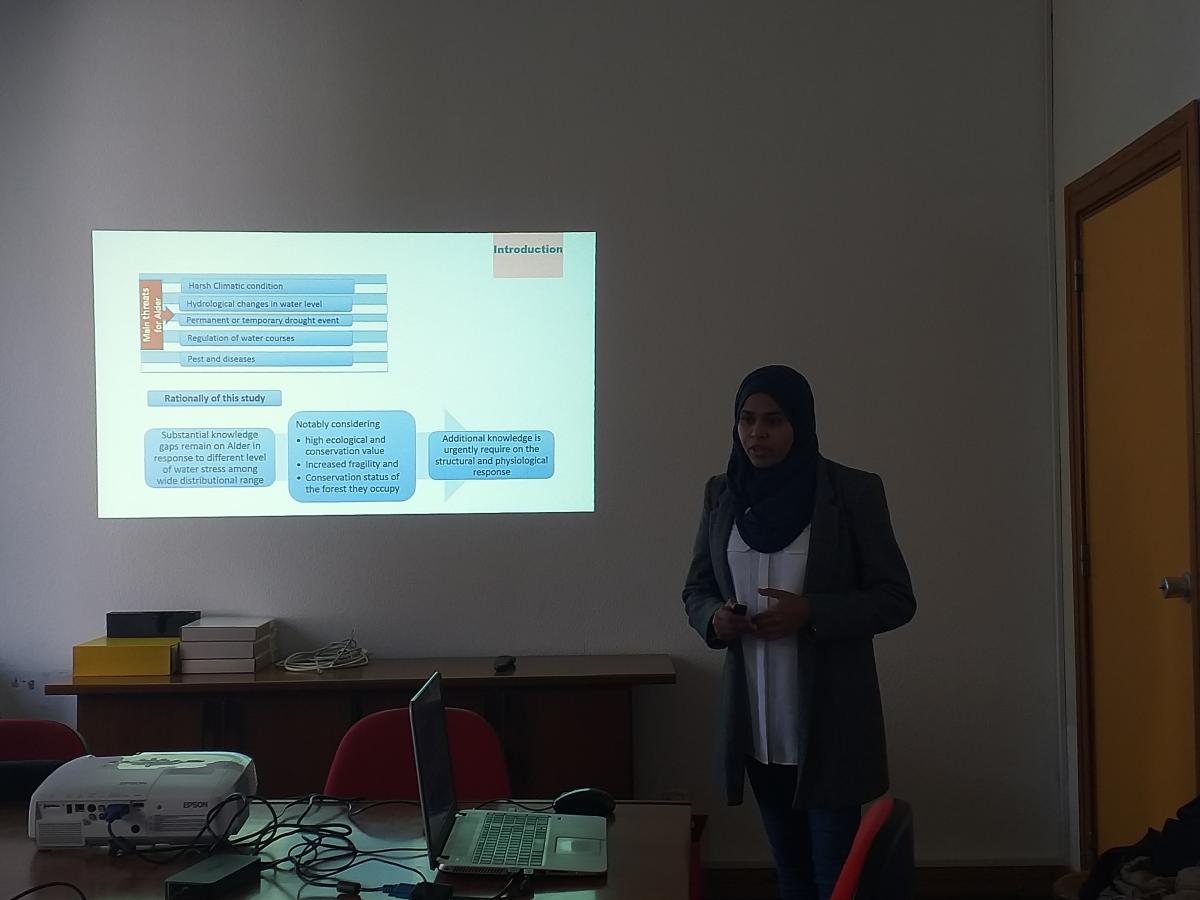 Abstract of the Thesis

Alnus glutinosa (Black alder) is paramount species in the riparian ecosystem for supporting ecosystem functioning and the services it provides. This species is declining in an alarming rate which is a prominent threat to devastate native priority forests across Europe, so understanding population responses to environmental change is key for its proper management.  In this study, we characterized vegetative phenology and investigated morphological, structural and physiological responses to imposed drought across five populations from countries ranging the species distribution limits (Sweden, Italy, Spain, Portugal, and Morocco). First, we registered 5 stages of budburst of the 120 seedlings of alder (24 by population) in open space. Then, we established a greenhouse experiment where we imposed progressive (Field capacity-FC, 75%FC, 50%FC and 25%FC) water stress (17.06.2019 to 01.08.2019) on 40 seedlings (S), keeping 40 at field capacity, as control until the end of experiment (CE). During 45 days, we performed physiological and morphological measurement at different percentages of FC to compare treatments and populations. Destructive harvest was performed on 40 seedlings (from the total 120) at the onset of the experiment (CO), and then, at the end of the experiment control (CE) and stress (S) seedlings were also destroyed to analyze the structural and functional responses of alder among CE, S and CO and also to compare the variations among populations. We found significant differences among populations on the number of days to reach each phenological stage where northern populations displayed delayed budburst than the southern. As a result of imposed drought, growth and development of A. glutinosa was generally reduced under water restrictions compared to control plants, yet none of the parameters reflected severe plant stress. Conversely, we observed that several of the studied parameters were significantly different among the studied populations likely reflecting intraspecific diversity and environmental conditions.