Eric Boateng Acheampong from Ghana, has successfully defended his thesis on the 11/12/2019!  Eric did his master thesis at University of Padua, with the supervison of  Dr. Mauro Masiero from the Department of Land, Environment, Agriculture and Forestry. 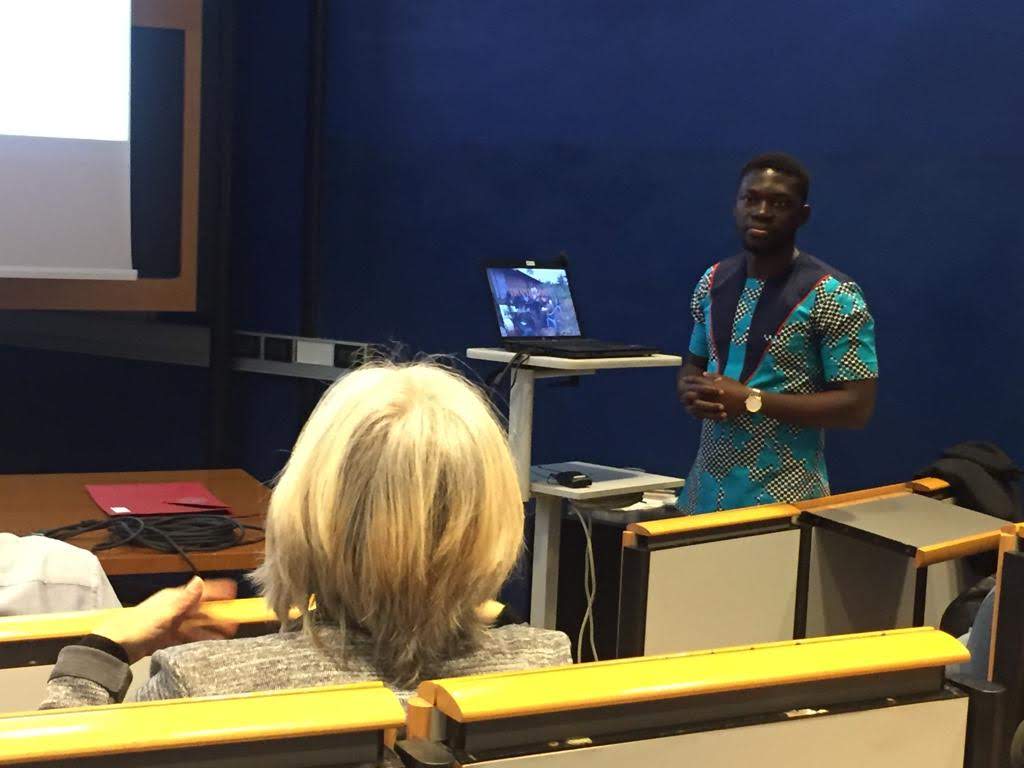 Title of the Thesis: Verified sourcing areas (VSA) initiative: assessing the opportunities and challenges in six selected cocoa communities in the Prestea-Huni Valley District of Ghana

Abstract. Cocoa production has been associated with deforestation and current management conditions/practices has raised concerns on how social issues are addressed along the cocoa supply chain. The Verified Sourcing Areas (VSA) mechanism developed by IDH is one of the numerous initiatives to address sustainability issues in the cocoa sector. The study was conducted to preliminary assess the gap between the VSA approach and the targeted communities. 200 cocoa farmers and 8 key informants were interviewed from six randomly selected communities in the Prestea-Hunni Valley District in the South-Western part of Ghana. Land use conversion has increased in recent years: while in 2000-2003 only 2% of farmers had converted various land use, the percentage increased up to 53% from 2016-2019 mostly at the expense of forests and fallow lands. In most cases, conversion was done to expand the cultivated area for increased production. Between 58-232 hectares of forest cover have been converted from 2000-2019 and there is pressure on peatlands. Labour preference for men has resulted in limited access and wage gap against women. Children aged under 18 have been used in cocoa production. 57% and 90% of farmers do not have permanent tenure and official land titles respectively. Rising cost of inputs was identified as the major challenge for the future of cocoa production whiles availability of affordable inputs was identified as a major driver. An important requirement during trade of cocoa beans were beans dryness and type/nature of weighing scale for License Buying Companies (LBCs) and farmers respectively. The main opportunities for VSA identified included high prevalence of active labour and young vital cocoa farms, organized farmers and unlikely future labour drain. The major challenges were high prevalence of customary land tenure regimes, low production trends and low or no intensification. There are gaps between the study area and all key-themes of the VSA approach.